In December, the ARTFX school, which has been classified as one of the 10 best special effects and animation schools in the world, will be screening the 12 end-of-studies films made by students this academic year - 84 young professionals who left the ARTFX school this year having completed a Master’s degree, to join the most prestigious studios around the world, taking the school’s alumni count to 800. Some of these short films are pure animation while others combine real images with digital graphics. Three of them will be screened per week on the school’s website from Wednesday 1 December, accompanied by their ‘making of’ videos, which provide valuable information on how the films are made.

These films are the result of a full year of team work, working in conditions close to those of a studio, under the critical but benevolent eye of several supervisors and professionals involved with the school. The graduates have used the skills acquired over their five year course, in modules such as “2D Cinema Animation”, “3D Character Animation” or “3D and Visual Effects (VFX)”.

Ultimately, they are a calling card for these young professionals as they enter the world of work. Following the ‘job dating’ event organised by the school the day after the end-of-studies review board, which counted no fewer than 30 studios in attendance this year, more than 90% of students have already accepted a position (of which half are abroad). This stands as both evidence of the school’s excellent standards, and of the increasing demand in the film industry, a sector that has weathered the health crisis and has grown particularly in favour of SVOD platforms (Netflix, Amazon Prime Video, Apple TV+, Disney+, and Salto in France, etc.).

“As you will observe when watching the ‘making of’ videos, these films employ a wide variety of professional skills, such as compositing, animation, modelling, texturing and lighting…,explains Simon Vanesse, ARTFX Managing Director. You will also note that these productions would never have seen the light of day without the contribution of students from the film programming course. The students have built the pipeline and overcome the technical challenges faced by each of the projects.” These are highly valued skills in studios.

Since the school was founded in 2004, the ARTFX end-of-studies films have been selected at festivals, more than 1000 times. They have received numerous prestigious awards. Just last year: the GENIE Award for best film student, awarded at the Paris Images Digital Summit 2021 to Time’s Down and two nominations at the VES Awards, the special effects Oscars, for Time’s Down again and Aral.

Wednesday 1 December at 1pm: Relativity
Animation techniques: 3D Computer ; Live action ; Rotoscope.
Adams is the first astronaut to approach lightspeed. Boarding the spaceship Myriss, he experiments regularly in order to analyze how such a speed will affect living organisms, until an exceptional event happens and changes everything.

Thursday 2 December at 1pm: Hakam
Animation techniques: 3D computer
Hakam is a young Native American. To become a member of his clan, he will have to face a forest fire.

Friday 3 December at 1pm: The Burning Life of Barney
Animation techniques: Live Action ; 2D computer ; 3D computer
Barney, a plastic bag eager to get a new life sets out in pursuit of a recycling truck but the streets of the city are going to be merciless towards him.

Wednesday 8 December at 1pm: Green
Animation techniques: 3D computer
Green, an orang outan, leads us into her native forest of Borneo, when her daily life gets disrupted by an unexpected event.

Thursday 9 December at 1pm: Cocorica
Animation techniques: 3D Computer ; Live action
Frida, a young hen, wants to be a singer. However, her village is directed by strong rules : only chickens
are allowed to sing, hens should brood. In order to escape her fate, she decides to rebel and
become a singer.

Friday 10 December at 1pm: Le Souffleur de Rêves
Animation techniques: 3D computer
Le Souffleur de Rêves follows the story of Gustave, a passionate dream maker who is still learning the ropes to his job. He is responsible for the dreams and nightmares of lots of people around his region, but he knows very well that nobody likes having nightmares, so he tries to lock them up. Everything takes a turn for the worst when one of the nightmares tries to escape his workshop and in the confrontation it transports Gustave to the nightmare realm, where he is forced to confront his biggest fear

Wednesday 15 December at 1pm: Pir’heart
Animation techniques: 3D computer
Pipon, a proud pirate, goes on a quest to find a treasure for his wife, where he meets many obstacles.
To reach the holy grail, he has to cross a too enthusiastic mermaid and a very disturbed goat who try to divert
him from his quest.

Thursday 16 December at 1pm: Dive
Animation techniques: 3D Computer ; Photography ; Live action ; Rotoscope
After exhausting all the resources of the earth, Mankind left to draw energy from another planet. However, an industrial disaster will compromise its survival.

Friday 17 December at 1pm: Good Morning Kitty
Animation techniques: 2D computer
Today was supposed to be just like any other day for Laurette. She didn’t expect her daily routine to be ruined by a horde of starving zombi cats..

Thursday 23 December at 1pm: Hostile
Animation techniques: 2D computer ; 3D computer
In a near future, a farmer has to face a mysterious intrusion on his lands

Friday 24 December at 1pm: From Above
Animation techniques: 3D computer
Christmas Eve 1916 on the Vosges frontline, a French soldier is sent to scout for an unknown object fallen from the sky in the no man’s land. He meets a German soldier near the crash spot. Out of the smoke, a huge silhouette walks and turns out to be Santa Claus, wounded by his accident. The soldiers decide to join efforts and fix the sleigh in order to save the gifts distribution. After accomplishing their mission, Santa leaves and the soldiers share a warm handshake before getting back to their tranches as cannons start to fire again in the valley.

The 2021 end-of-studies films are distinguished by the presence of seven animations, demonstrating a wide variety of techniques, styles and creative worlds. They also highlight the commitment of their young filmmakers, who have focused on societal questions such as the destruction of the environment (Green, The Burning Life of Barney, Dive) and male/female equality (Cocorica).

A warm welcome from the professionals

The ARTFX end-of-studies films for 2021 are unprecedented. Until now they have only been viewed by the end-of-studies review board, on 24 June at the CGR cinema in Montpellier, which was attended by an audience of professionals and recruiters from the biggest studios in France and worldwide: Illumination Mac Guff, Double Negative, Framestore, Warner Bros, Industrial Light & Magic, Mikros, Weta Digital, The Mill, Mathematic, Ubisoft, Asobo, le Cartel, Epic Game…

This is what Jacques Bled, Chairman of the Board and Founder of Illumination Mac Guff (Minions…) had to say: “I am impressed by the professional quality of the films, the technical talent, creativity and presentation of the projects. They are ready to join the industry.”

This professional review board selected two films as its favourites:
• Relativity, for the originality of the subject and the skill of the special effects and staging
• Hakam, for its direction and artistic approach.

Join ARTFX for the start of the 2022 academic year

College graduates looking to attend ARTFX can enroll now and choose the date of the admissions meeting they would like to attend. There are 300 places available over the three ARTFX campuses; Lille – Plaine Images, Montpellier and Enghien-les-Bains. Three campuses where they will be able to rub shoulders with international students, drawn by the reputation of the school. International students currently represent almost 20% of the school’s population. 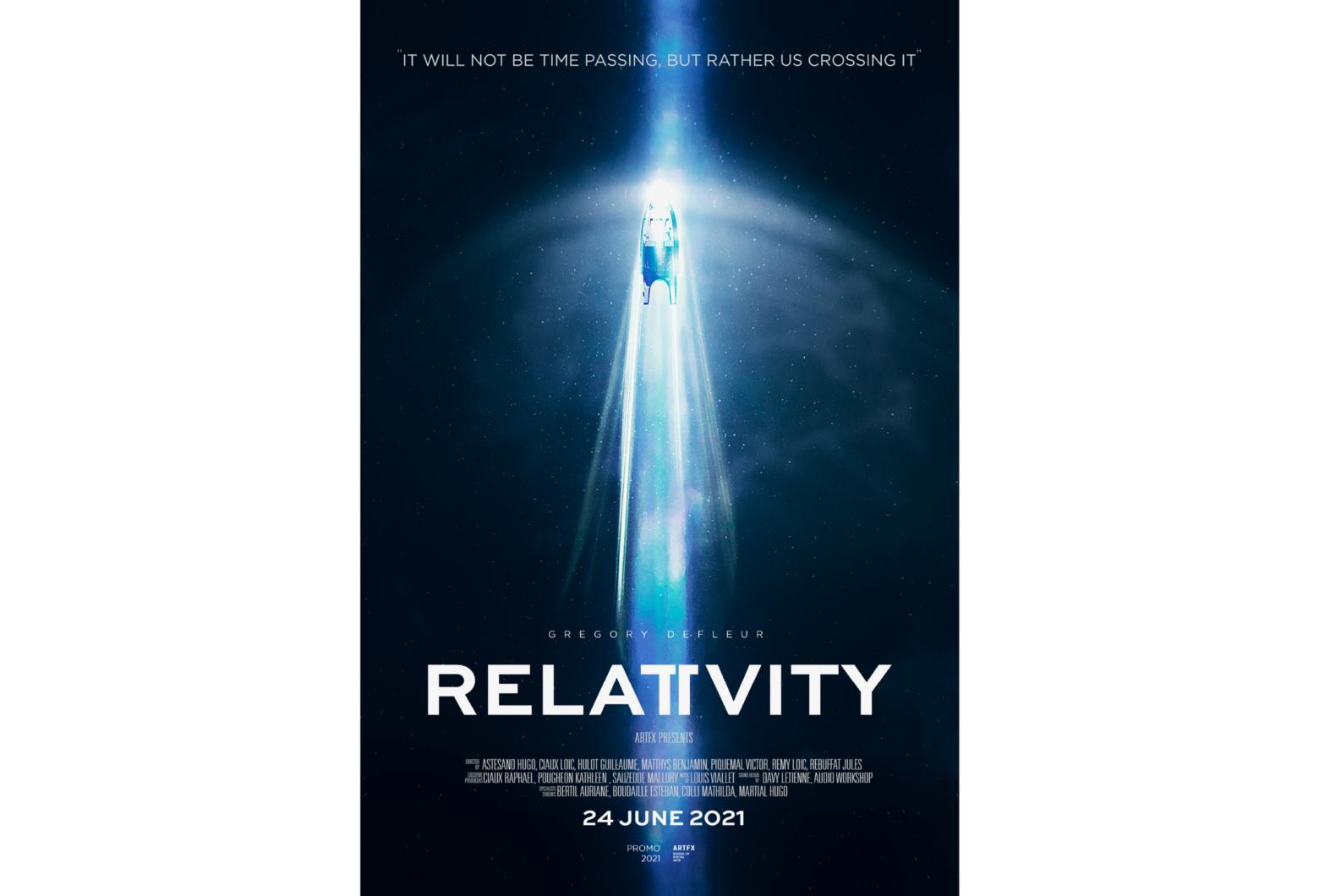 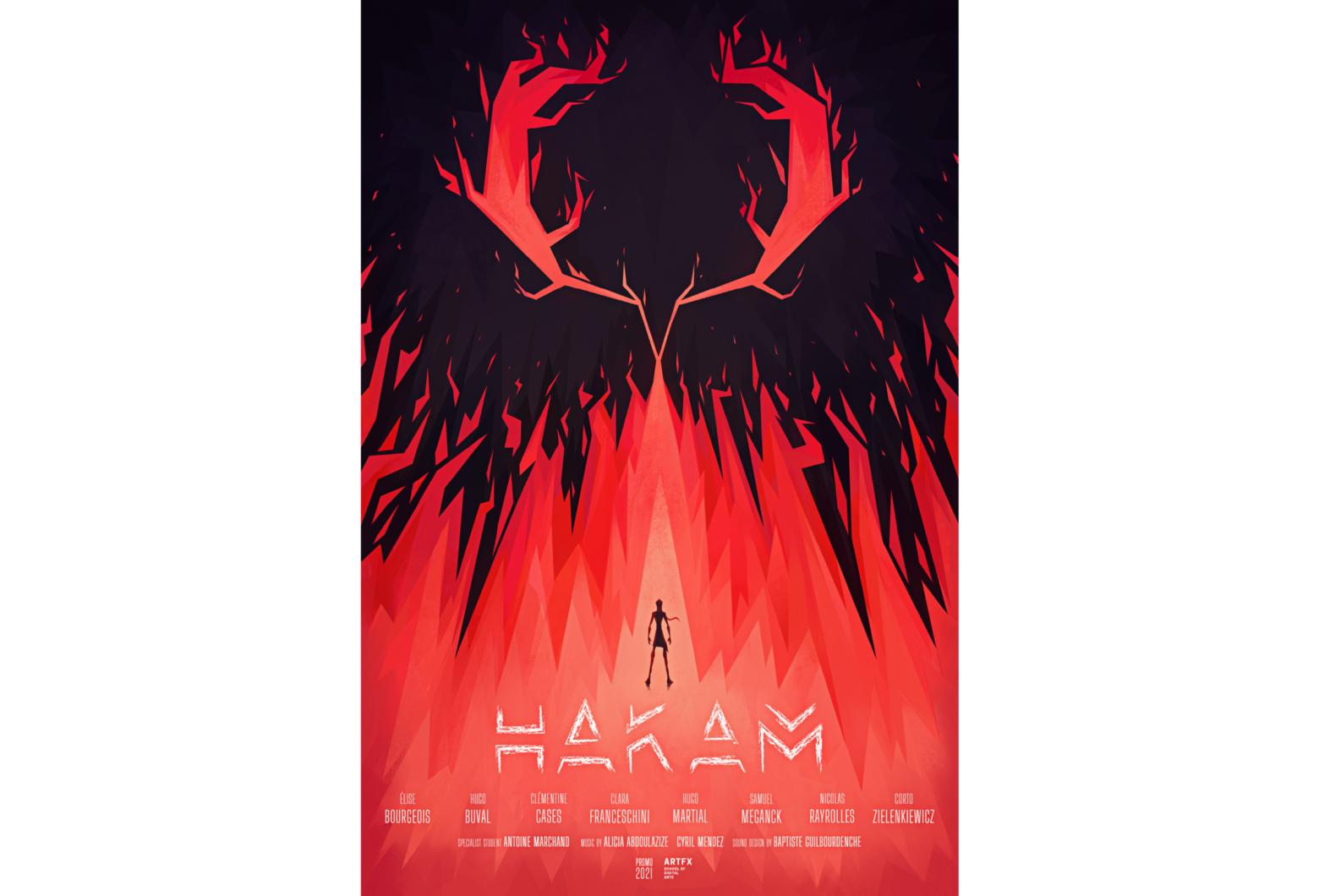 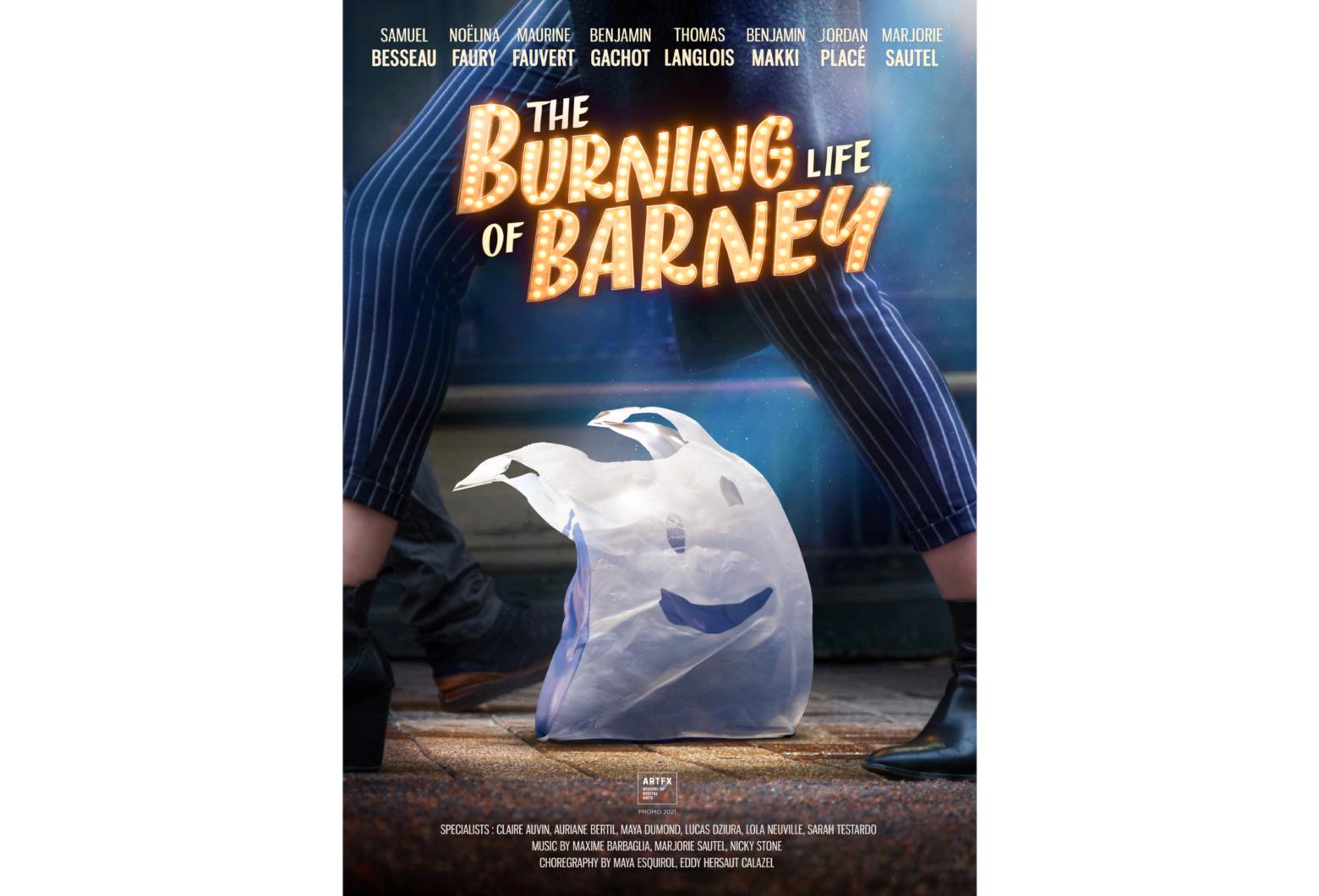 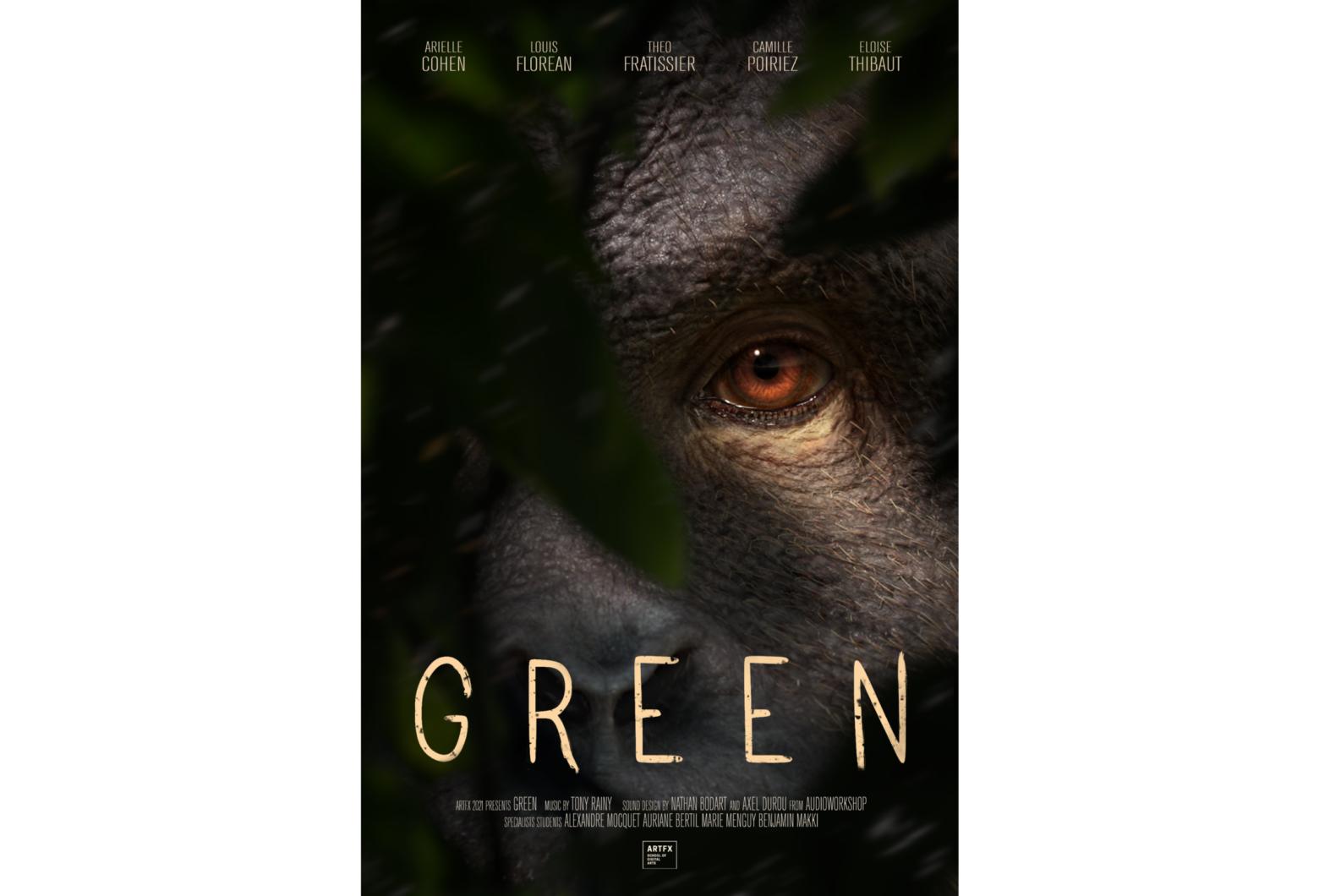 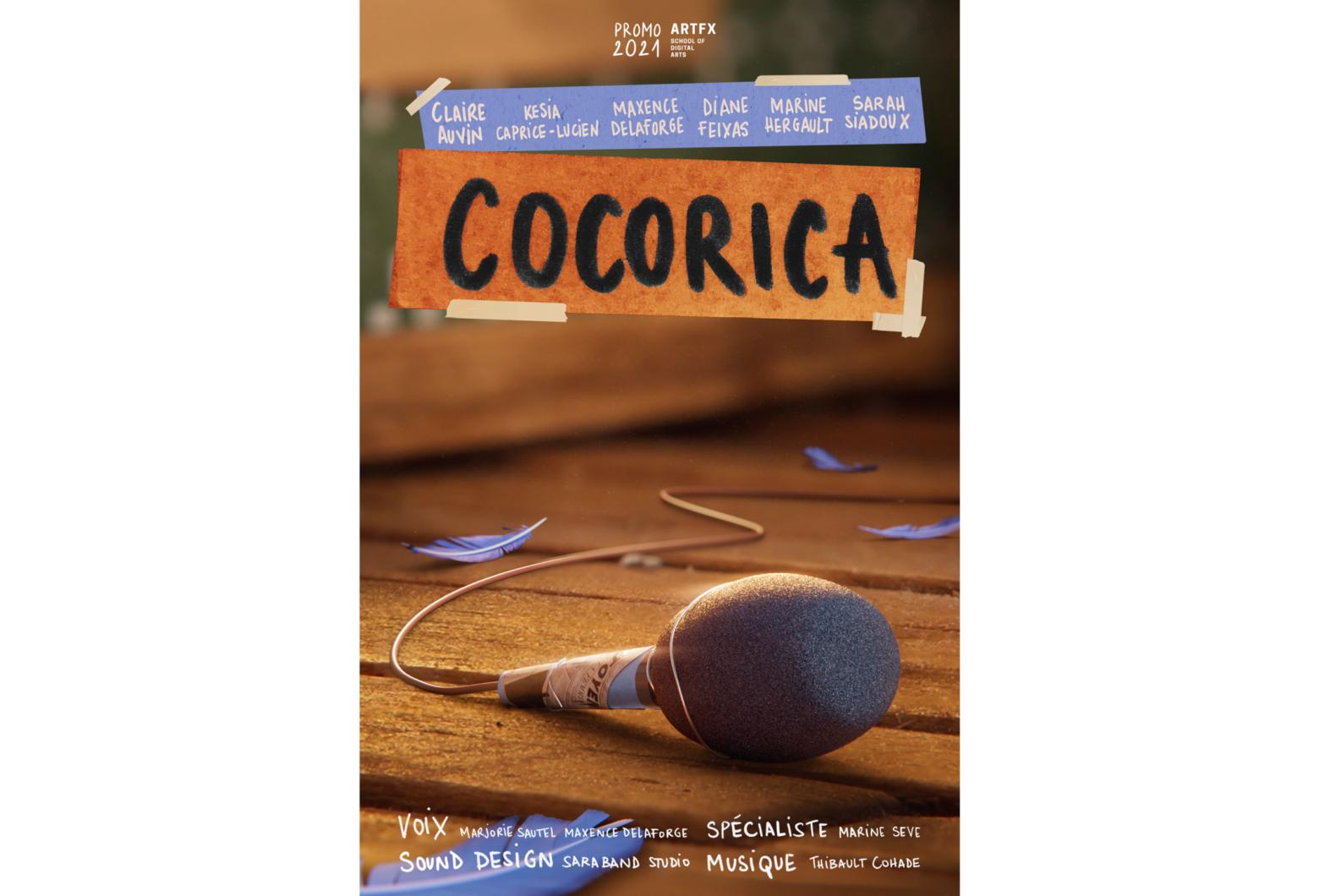 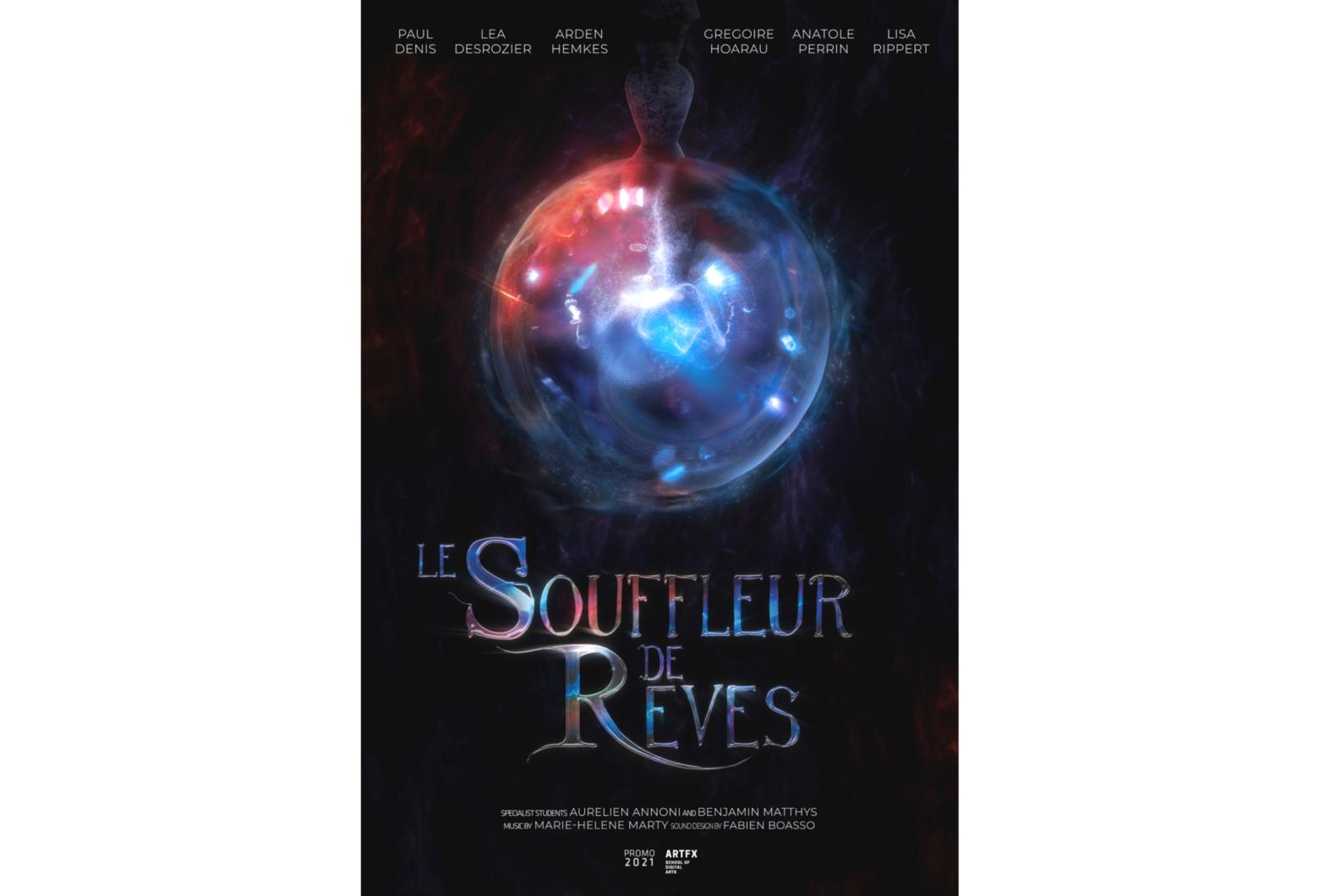 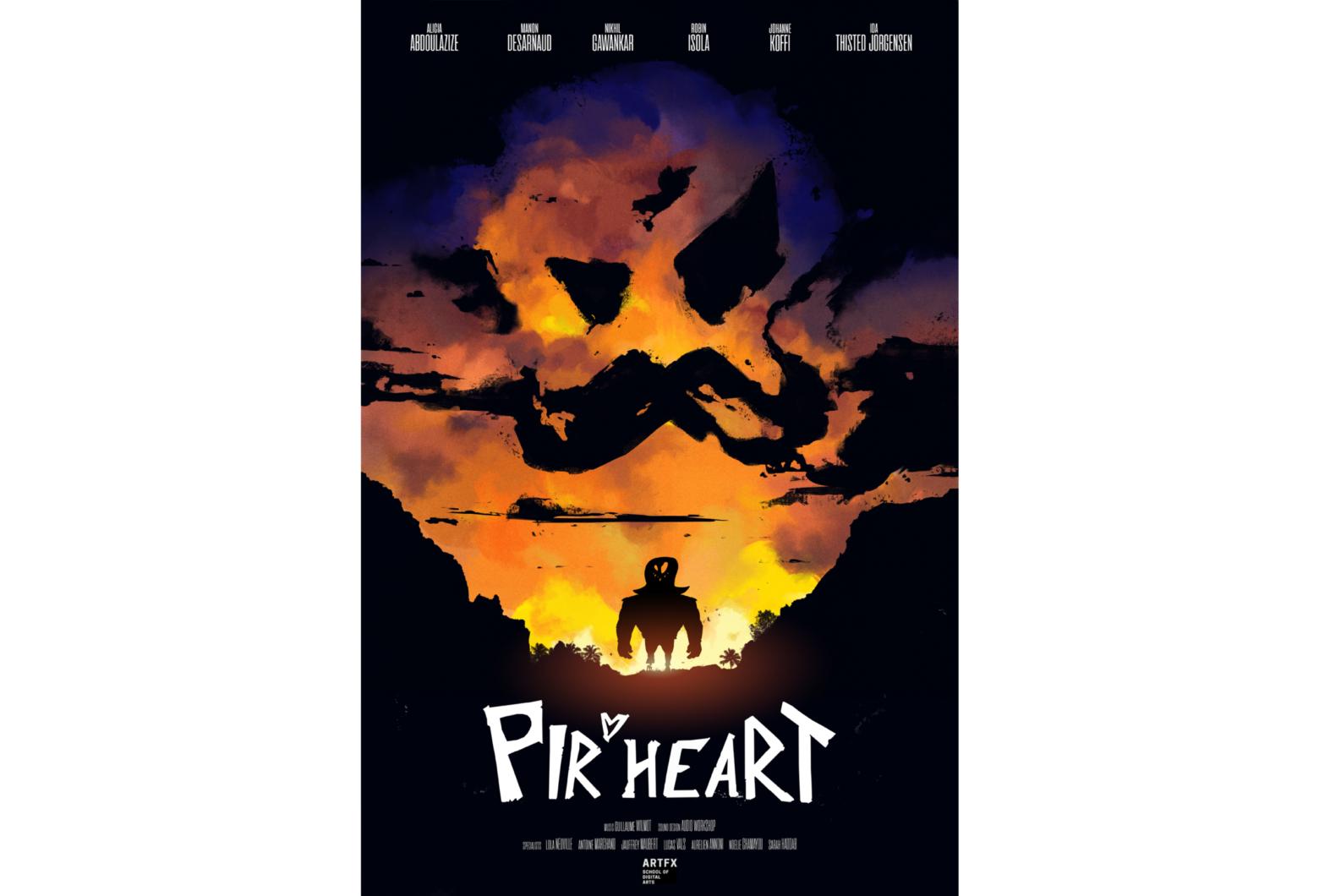 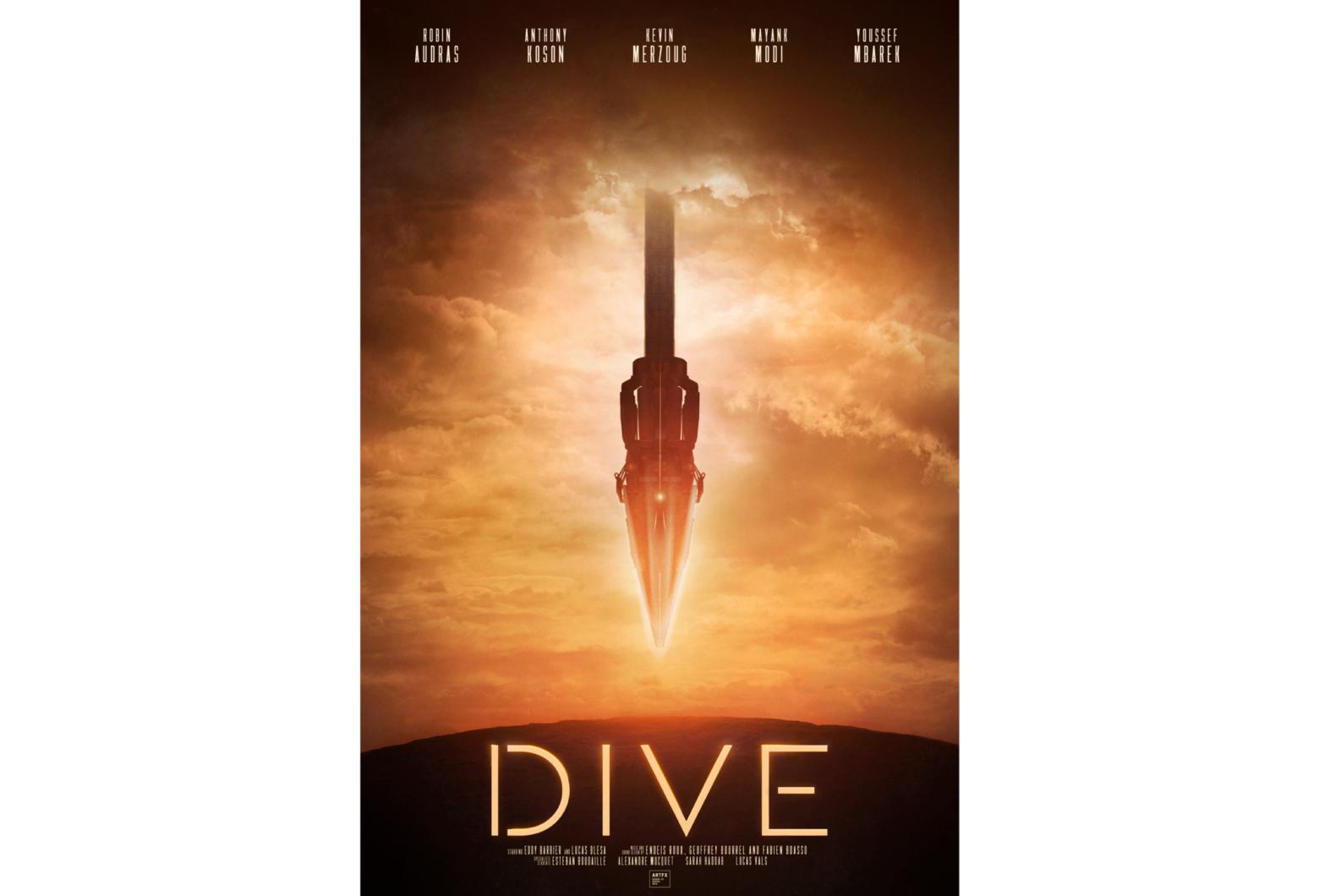 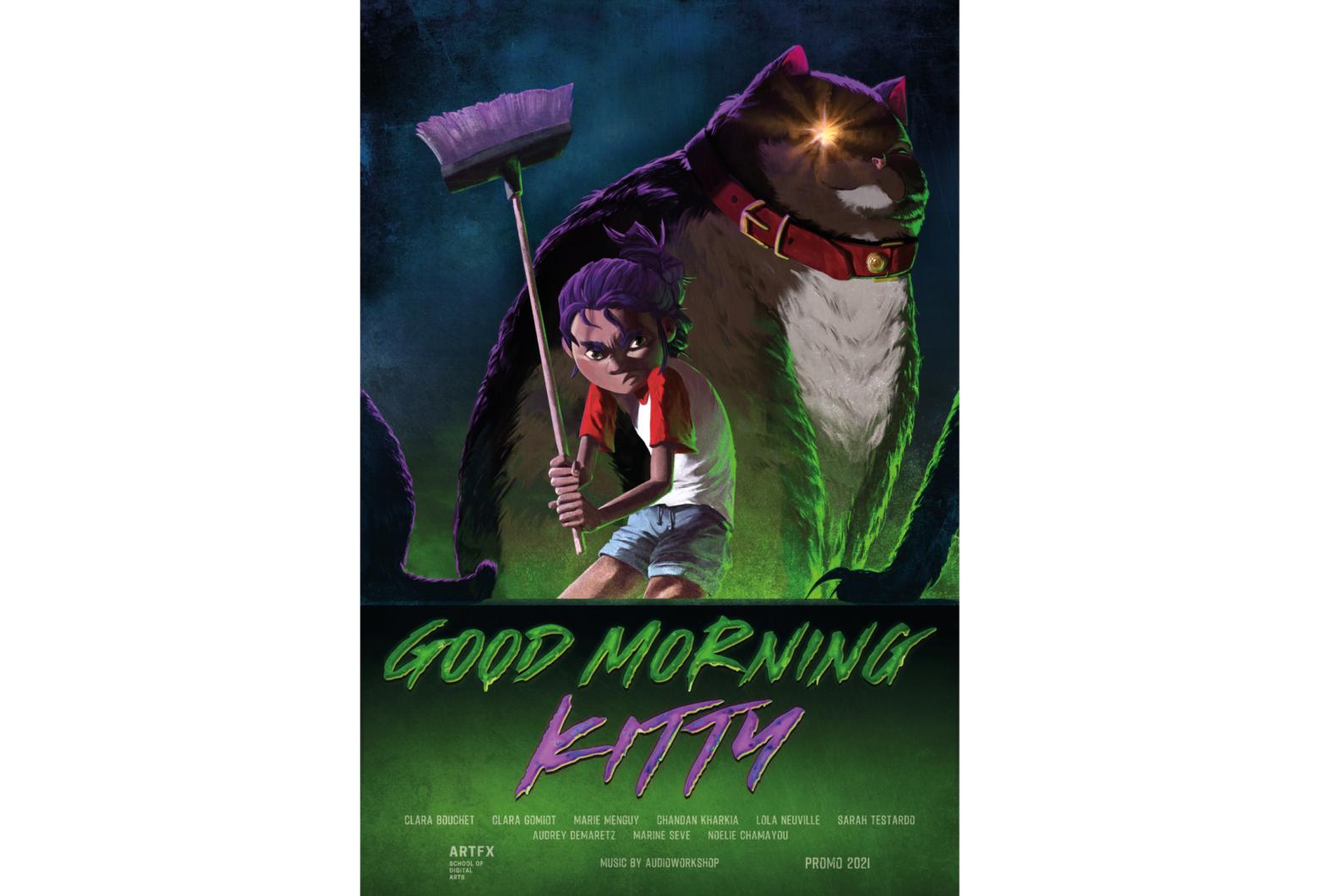 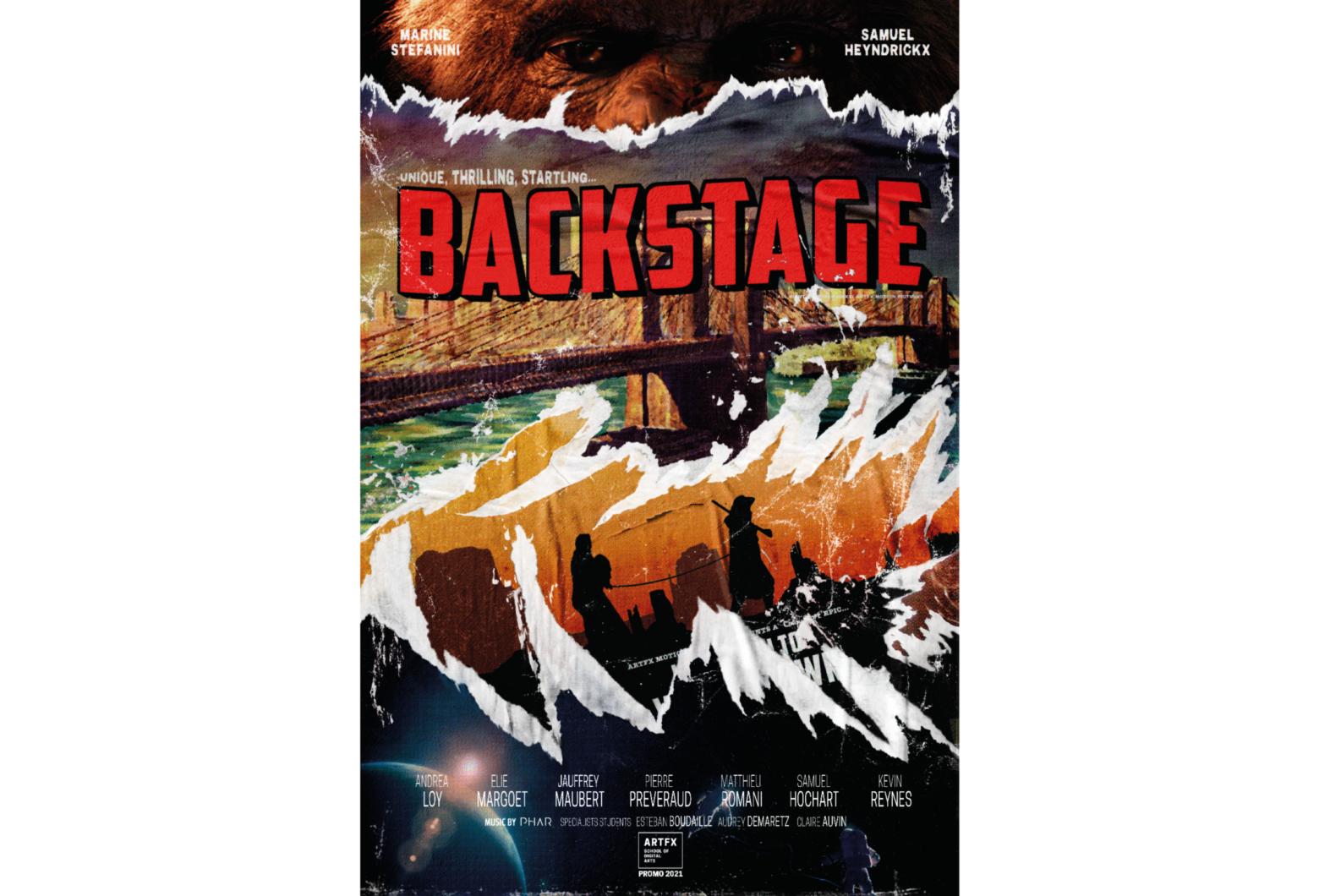 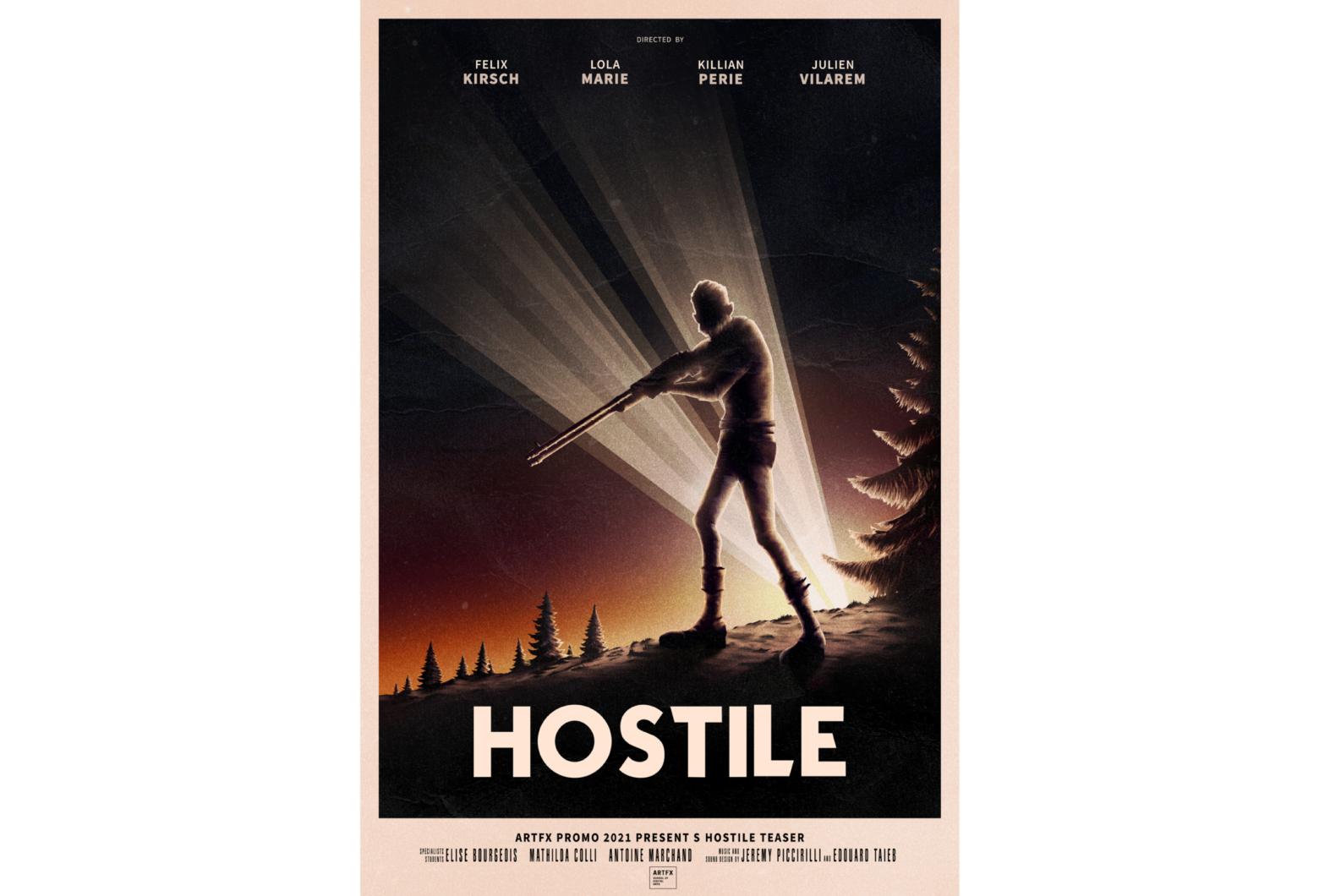 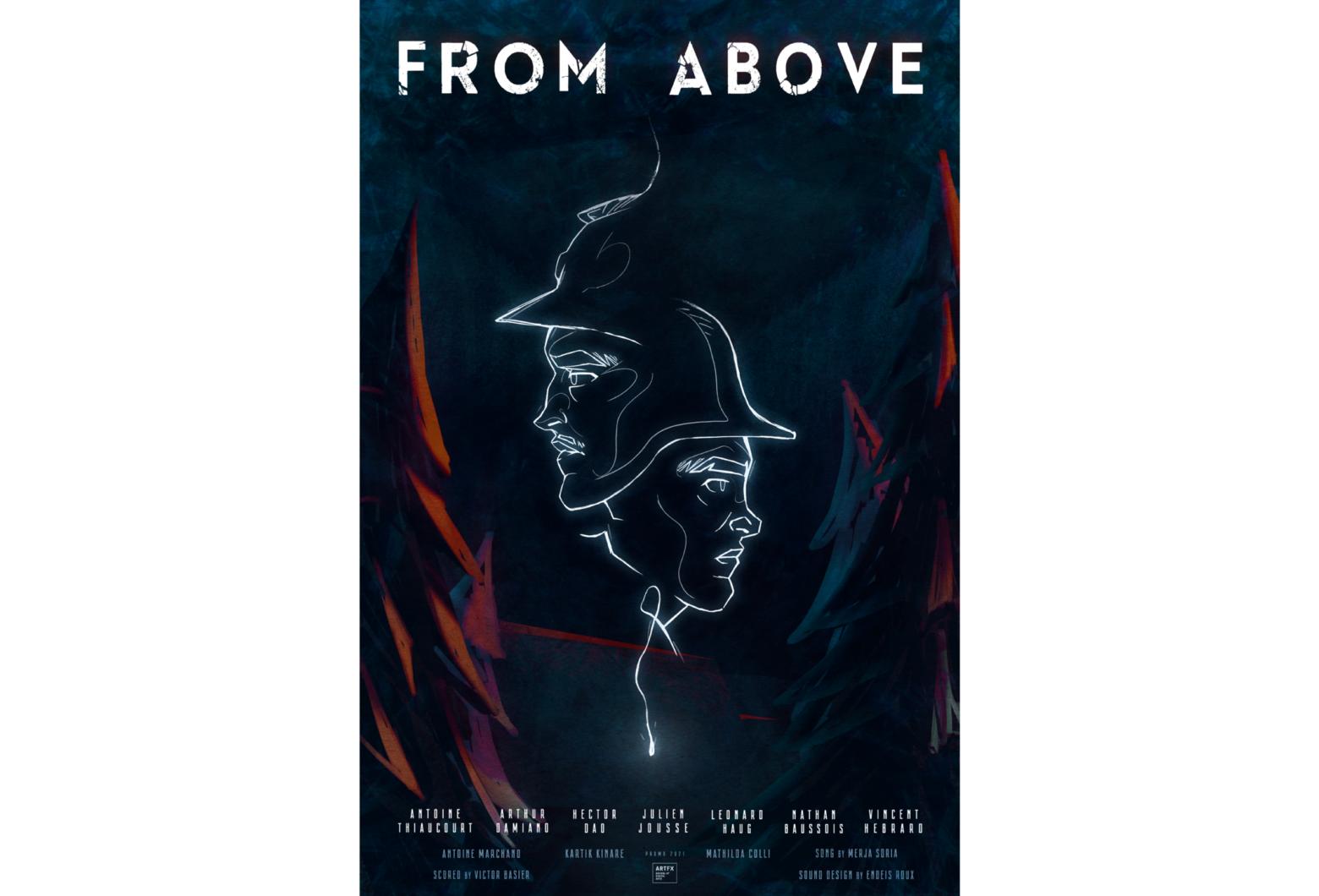