For the 5th consecutive year, the ARTFX school and the Opéra Orchestre National de Montpellier Occitanie combine video games and great classics. The objective? Attract a young audience, who rarely attends the cultural establishment. The students of the 4th year of the ARTFX video game* curriculum have thus created a game prototype inspired by Offenbach’s opera Le Voyage dans la Lune. After The Labyrinth Monster in 2017, Carmen in 2018, Tristan and Isolde in 2019, and Falstaff in 2020, this fairy-tale opera created in 1875 was chosen for this new collaboration. The students had 2 months to produce this game, available on PC and Mac. They tell us a little more about their experience… 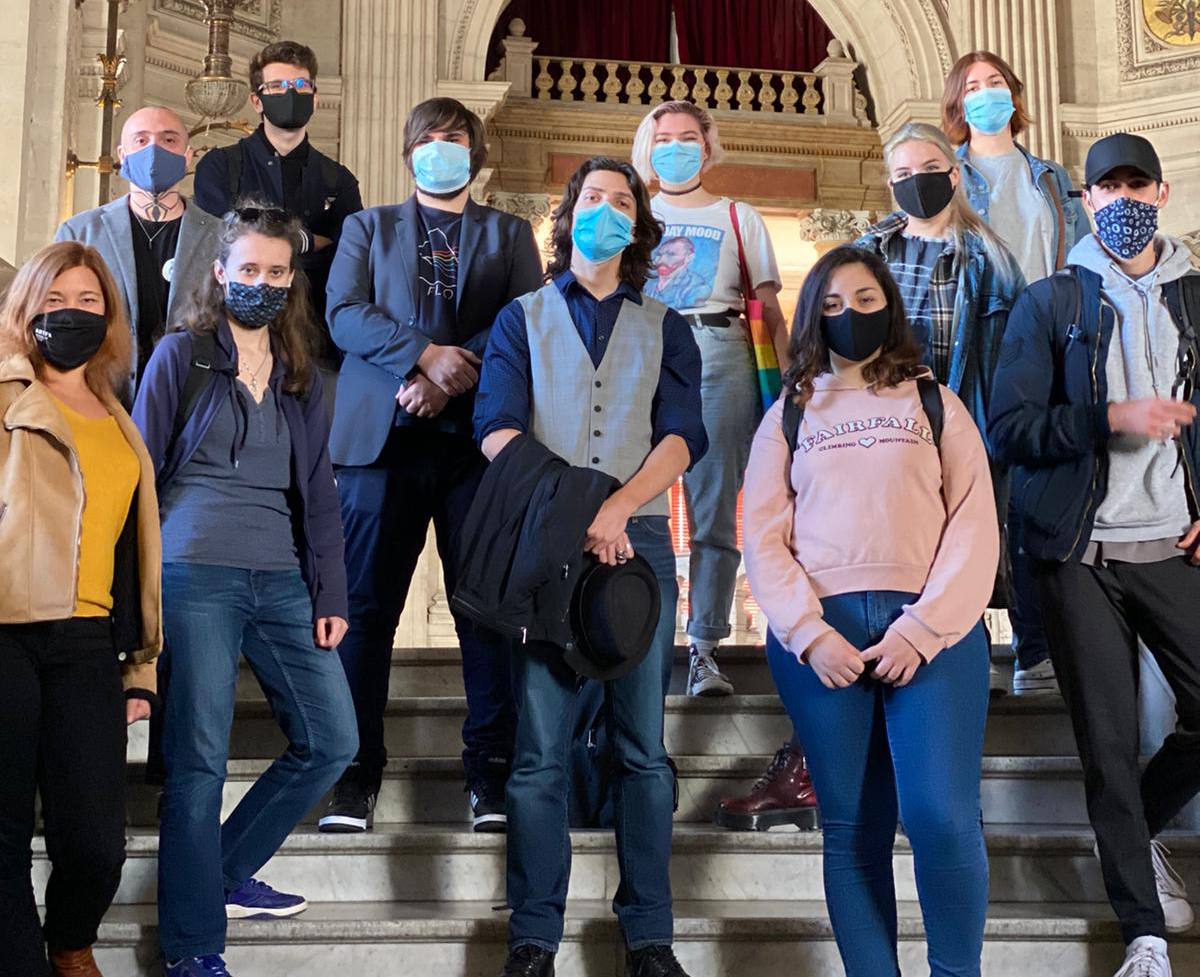 “This opera tells the story of Caprice, an earth prince who decides to travel to the moon. It turns out that the moon is inhabited by strange people: the Selenites. Caprice then falls in love with the Selenite princess Fantasia, and makes her discover the feeling of love, considered a disease on the moon.”

Guided by the cultural mediator of the Montpellier Opera Orchestra Mathilde Champroux, we started by visiting the opera house in order to better immerse ourselves in the ambiance and atmosphere of the time through the sets. Unfortunately, because of the pandemic, we only met the director Olivier Fredj very late. Together with Agathe Turlotte (head of Admission and in charge of collaborative projects), we started looking for the first ways to adapt Offenbach’s work to the cultural medium of video games.

After a long research on this opera piece, we have chosen to develop an infiltration game: we direct Fantasia who, locked up in prison by her father, must find her way out through different puzzle resolutions.

An important work of design and narration was carried out for this project, which deals with the emancipation of the young princess through this immense prison, a metaphor of paternal oppression. We wanted to create an undercover game with a message about women’s liberation. This guided us throughout the creative process. Henri Bessou (Producer and Lead Game Designer) worked hard to organize our production method and keep communication with our client, while implementing the complete design of the game. On the artistic side, Antoine Borde (Art Director and Character Artist) established the artistic direction of the project, and together we quickly put in place the first concepts for the different characters and environments that would dress our game.

We also worked in collaboration with students from the Sound Design Audio Workshop school, who allowed us to create a very efficient sound environment, as well as to record the voices of our characters. 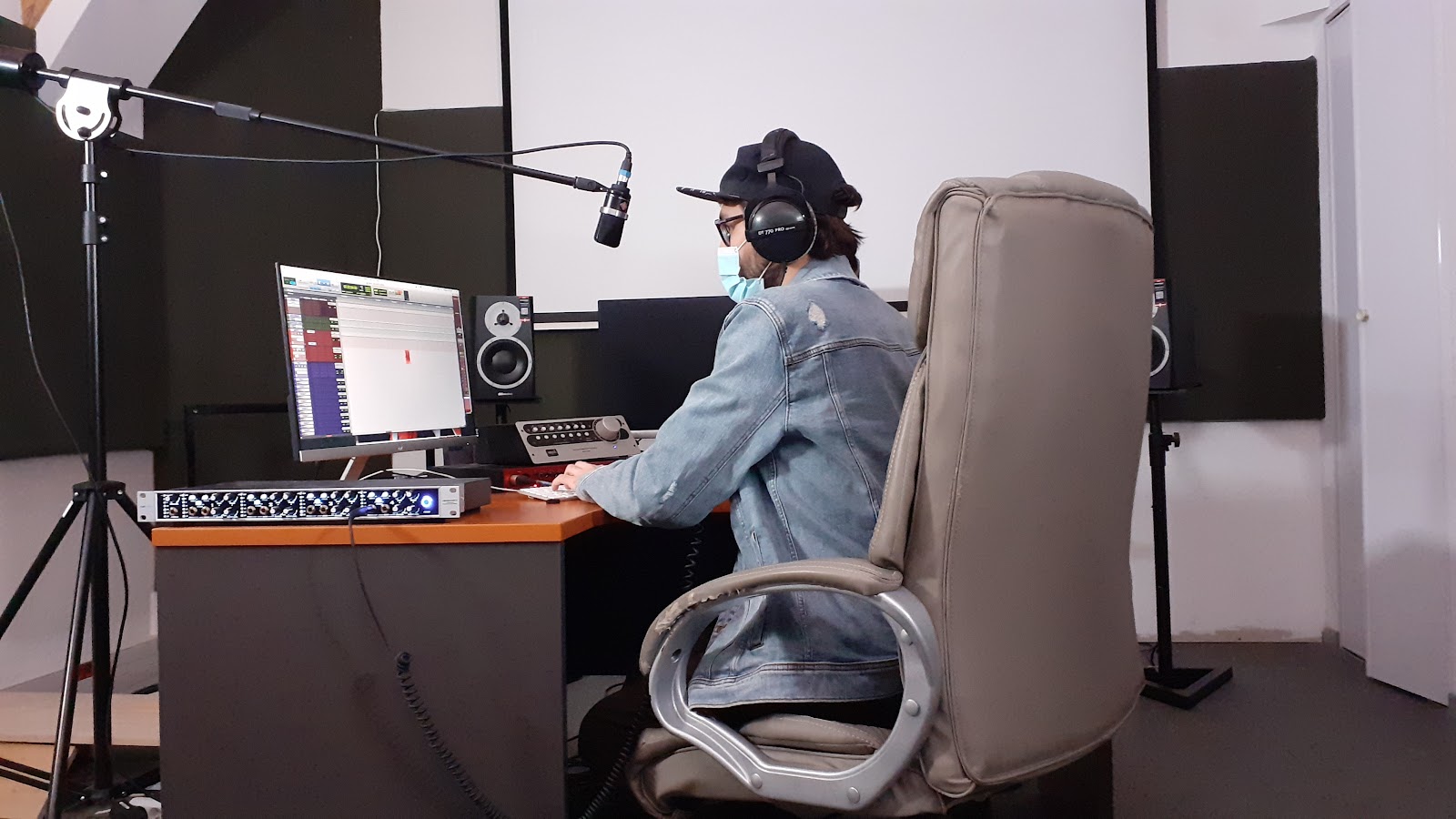 Throughout the production, we had weekly meetings with Audrey Brahimi, attached to the management, in charge of the digital development of the Montpellier National Orchestra Opera, in order to keep her up to date with the progress of the project and to listen to her feedback, which allowed us to keep up with the expectations of the Montpellier Opera and the target audience.

Due to the current sanitary conditions, the entire production was done by teleworking, with a few performances on site at the school or at the opera house itself. With its advantages and disadvantages, it was a very special experience to produce a performance under these conditions. We made sure that the different tasks to be produced were progressed daily, that they were delivered on time, that the playable versions of the game were sent out and tested before the final product was delivered.

We had 2 months to make this video game, with a target audience of 8 to 15 years old. We encountered difficulties, but despite the confinement we managed to solve the problems with everyone’s help. All this allowed us to progress enormously in terms of teamwork and communication.